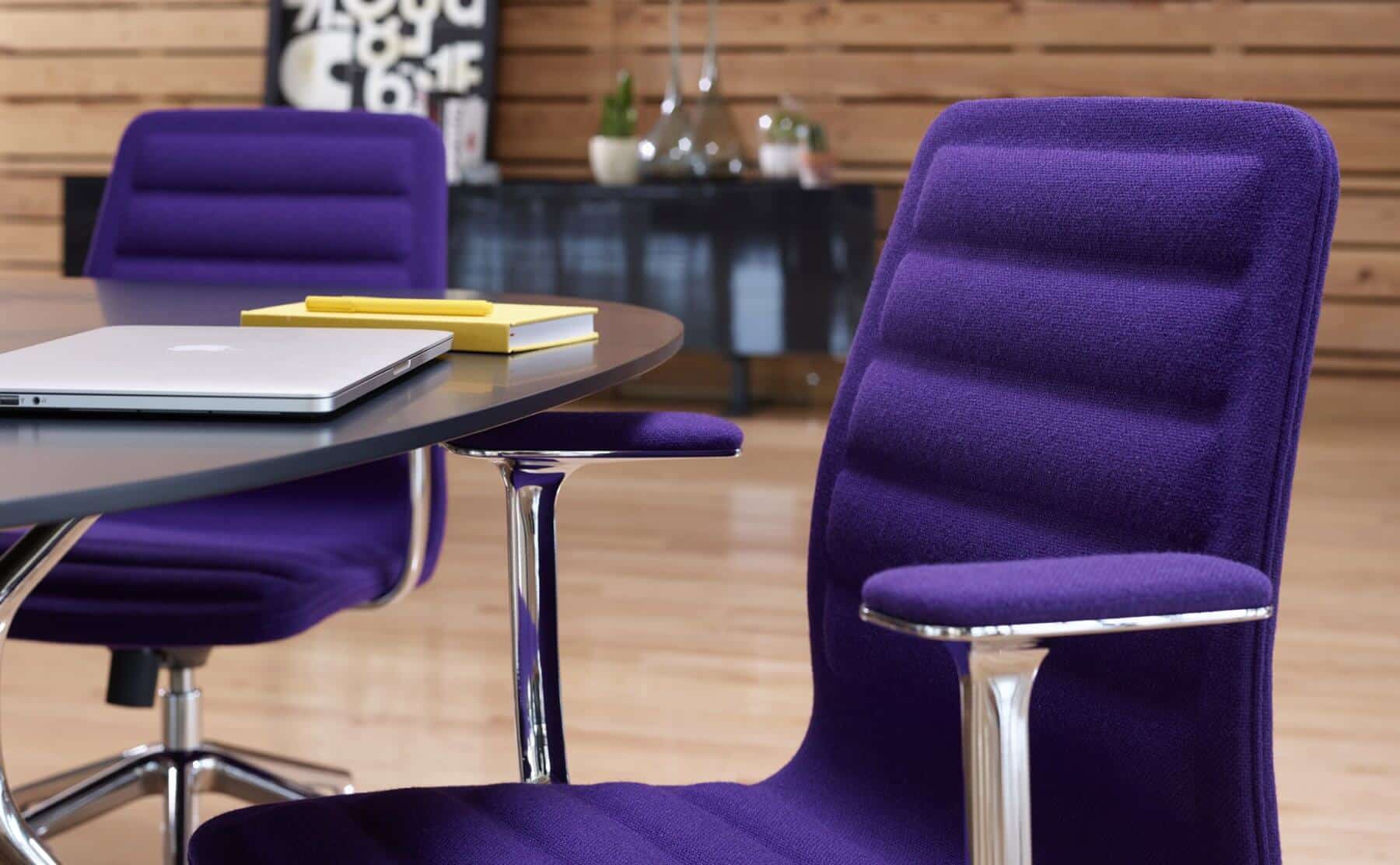 This topic demands an interdisciplinary focus since an adequate synthesis of the scientific information available includes at least the fields of architecture and interior design, psychology, sociology, anthropology, and geography. Although reaching consensus across such a diversity of theoretical orientations and approaches is difficult, several useful points can be defended within this broad review. Evidence suggests that even our memories are divided into context dependent and context-independent varieties, so both the physical and social environment have an impact on human achievement.

First, the physical environment can influence the social and task interactions among the people in it. Primarily this influence involves relative accessibility of interaction and the psychological and social interpretation of such interactions. For example, physical distance represents a major determinant of social influence. In a study of engineers, the majority of their work-related information came from other people within six feet of their primary work area. Another surprising study showed that the single best predictor of one’s marital partner was proximity.

These results must be balanced by numerous studies demonstrating that the psychosocial “buffer” between individuals and their physical environment plays an important role in determining how that interaction unfolds. How we interpret the intentions and motives of others—as well as how we perceive and understand our environment—can influence the environment’s effect on us just as surely as can its physical features.

Second, the physical environment can interfere with the frequency and quality of social interaction. The importance of nonverbal cues in the facilitation of interactions between and among people has been recognized for some time; more recently, it has been suggested that barriers to these nonverbal cues may reduce the ease and efficiency of communication (for example, in e-mail and teleconferencing), primarily through interfering with the establishment of trust.

Third, social interaction and the layout of space reciprocally influence each other. It is thus important to consider the nature and function of work processes within and between groups or teams when designing work areas to support them. Not only should the initiation and implementation of collaborative work be considered, but also its maintenance and coordination over time.

Finally, whether or not the physical environment, in addition to encouraging social interaction, can augment its efficiency remains somewhat controversial. However, there is little doubt that proximity and ease and availability of social exchange can be affected by the structure of the environment; open spaces, particularly open spaces incorporating symbolic focus points or other directing elements, can facilitate and coordinate the communication so necessary for efficient collaboration within the office.

1. Having windows (as opposed to no windows) in a room increases its social desirability; the bigger they are (between ceiling and floor) the better. Whether windows enhance task efficiency for a room’s occupants remains controversial, although moods and emotional tone can be improved by natural light. Of course, the nature of the task is important when considering windows; for example, intimate behavior is usually not encouraged by windows.

2. Typically, if the room is well lit (ideally with natural light), a high (or sloping) ceiling encourages social interaction.

3. Furniture can support and encourage social interaction if its arrangement removes any barriers between and among people (e. g., a circle of chairs would be preferable to lines of desks). The most “unfriendly” arrangement for office furniture involves the traditional “two-dimorphic-chairs-facing-adesk-between-them” configuration. Of course, how many people need to interact must inform furniture configurations as well, and the broader culture influences what individuals consider “friendly” or “unfriendly.

4. With some exceptions, couches are less formal than chairs, but their advantages may be mitigated if the group is not acquainted. Furthermore, ergonomic seating considerations become important if tasks involve long time periods.

5. To maximize social exchange, furniture should provide no cues to relative status within the group.

6. How people are dressed may interact with what types of furniture and furniture configurations they will find most acceptable. For example, lying around on a big rug may not be comfortable for women wearing miniskirts; they might prefer the group sit around a table facing each other.

7. Configurations that allow open, essentially face-to-face orientations with every other member of the group (allowing for individual adjustments) encourage social interaction more than those that do not.

8. In addition to supporting individual work with personal workspaces, work areas should be purposefully organized around the social and collaborative functions occurring in the work place. Efficient communication within teams and coordination/collaboration between teams can be enhanced by a properly configured environment.

9. Group areas may even need more attention paid to social “channeling” and other symbolic details than personal work areas, since 60 percent of what people learn occurs informally, and much of this happens within teams.

10. The arrangement and configuration of individual workspaces in relation to larger aggregations of work areas for group and macro-level communication can be informed by a systematic analysis of task and skill coordination needs. At the very least, wise designers and facilities managers will create work areas that focus on human performance at all levels of the organization, specifically addressing work group and team needs in addition to possible privacy needs and other individual-level concerns.

Finally, the psychological, sociological, cultural, and symbolic features of group processes, group dynamics, and social interaction may be even more important than the structure of the environment in determining the nature of social exchanges. Individual-, group-, and macro-level factors have been identified that constrain the nature of conversations between people, and the general efficiency and maintenance of communication. Discovering precisely how best to support rewarding and productive social interaction with the physical environment may require more knowledge of how complex, reciprocally determined systems develop and maintain themselves. Self-organizing systems—and modern offices no doubt must be of this type— can produce emergent phenomena that depend critically on initial conditions. Such realities suggest that even small facilities accommodations and flexibility at the level of furniture, components, and configurations may have profound organizational effects.

Adams, P. C. (1995). “A Reconsideration of Personal Boundaries in Space-time.” Annals of the Association of American Geographers, 85, 267-285. Explores the implications for social analysis of different “grain”-sizes for demographic aggregation; the tradeoffs between micro- and macro-analyses of social dispersion and influence are thus compared.

Auld, C. J., & Case, A. J. (1997). “Social Exchange Processes in Leisure and Non-leisure Settings: A Review and Exploratory Investigation.” Journal of Leisure Research, 29, 183-200. Evidence that the rewards of social interaction differ between leisure and non-leisure settings; these differences depend in some respects on participants’ gender and age.

Darrouzet, C., Stucky, S., & Wild, H. (1994). The Social Affordances of Engineering Space: How Engineering Groups Make Use of Space. Menlo Park, CA: Institute for Research on Learning. Demonstrates that just as spaces influence people, people also influence spaces by altering or changing them. Patterns of social collaboration and group culture must thus be considered when designing for group and team coordination.

Fink, E. L. (1996). “Dynamic Social Impact Theory and the Study of Human Communication.” Journal of Communication, 46, 4-12. Introduces the influential idea that phenomena organized and defined at various group levels can determine the nature of social interaction among individuals.

Kounios, J. (1996). “On the Continuity of Thought and the Representation of Knowledge: Electrophysiological and Behavioral Timecourse Measures Reveal Levels of Structure in Semantic Memory. “ Psychonomic Bulletin & Review, 3, 265-286. Synthesizes evidence that representations in semantic memory can be subdivided into contextindependent and context-dependent information

Latané, B. (1996). “Dynamic Social Impact: The Creation of Culture by Communication.” Journal of Communication, 46, 13-25. Proposes that culture results from people affecting each other in reciprocal and recursive influence; such social interaction is constrained by physical distance and group-level dynamics operating within a social impact network.

Moos, R. H. (1996). “Understanding Environments: The Key to Improving Social Processes and Program Outcomes.” American Journal of Community Psychology, 24, 193-201. Outlines the constraint dynamics imposed on social discourse by the structure of different environments at a community-level “grain” (scale) of analysis.

Robinson, D. T., & Balkwell, J. W. (1995). “Density, Transitivity, and Diffuse Status in Task Oriented Groups.” Social Psychology Quarterly, 58, 241-254. Work groups can exhibit nonlinear interaction patterns such that hierarchical relationships may not be transitive. Gender does not seem to have any systematic effect on such results.

Sullivan, C. C. (July, 1996). “Offices as Communications Tools: Space Planning in the 1990s.” Buildings, pp. 28-36. Hybrid office spaces support both groups and individuals, flexibly accommodating communication among people within the office and with outside contacts.